Are You An Emotionally Intelligent Leader? 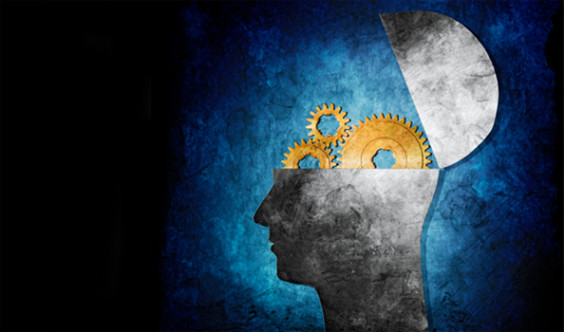 Have you ever been in a situation where you witnessed a Leader acting in a way which was inconsistent with the values of the team, and despite attempting to assist them and guide them to safer ground, they simply continued to dig a massive hole for themselves? No matter what you said to them, it made no difference? And this does not necessarily have to be a situation in a workplace. Many years ago, I unfortunately witnessed such a situation, which for the Leader in question, was ultimately career defining. We were entertaining corporate customers at a sporting event, and the alcohol was not only in large supply, but also in great demand. As the evening progressed, this particular leader continued to consume copious amounts of alcohol, and as they did, they became louder and louder, said things in front of customers which was out of line, became quite emotional and overly expressive to a number of customers, and by the end of the night, had to be escorted out of the event. Despite our best attempts to stem the flow of alcohol to them, as well as attempting to move them to a different area for some ‘quiet time’, they continued to behave in a very unprofessional and unintelligent way. As a consequence of their behaviour, they lost significant amounts of trust and respect from their team members who attended the event, not to mention the lost respect from the customers who attended. In fact, the customers refused to meet with this leader again following the evening, and submitted letters of complaint to the senior executives. Now this is a rather extreme example, however it highlights the dangers and consequences for a leader who does not demonstrate emotional intelligence.

What is emotional intelligence, or EQ? There are numerous definitions, and I particularly like this one : “A dimension of intelligence that is responsible for our ability to be aware of our own emotions and the emotions of others and then utilise that awareness to manage ourselves and manage our relationships with others”. If only the leader above knew this definition! In the years since, I have observed many leaders up close and attempted to model my own leadership around their ability to embrace and demonstrate emotional intelligence, and better understanding emotional intelligence has certainly assisted in me being able to develop my leadership capabilities. As Daniel Goleman, author of Emotional Intelligence says, “If your emotional abilities aren’t in hand, if you don’t have self-awareness, if you are not able to manage your distressing emotions, if you can’t have empathy and have effective relationships, then no matter how smart you are, you are not going to get very far”.

As a leader, would you rather employ or promote someone who is extremely intelligent, with a high IQ, or would you rather identify someone who was perhaps not quite as intelligent, but was highly emotionally intelligent? Early in my leadership career, I thought that the focus should be on hiring people who were very intelligent, thinking that, because of their high IQ, they would be top performers, would operate autonomously, and would not require a great deal of hands on leadership, management and direction. Only through experience, did I recognise that a high IQ did not automatically translate into high performance, and sustained success. In fact, there were a number of people hired into the team who were perhaps not as smart as other candidates, but they had a number of qualities which made them attractive & strong performers – they had emotional intelligence. There has been a significant amount of research done around Emotional Intelligence, which supports the premise that EQ trumps IQ – a 2011 study by Career Builder, across close to 3,000 leaders and hiring managers, found that 71% of managers valued EQ in an employee over IQ, and that when it came to hiring and promoting people, high EQ candidates beat high IQ candidates over 75% of the time.

So you may be wondering what makes an Emotionally Intelligent leader, and how you can become one, or perhaps identify that you are one already? There are many elements that contribute to Emotional Intelligence, but here are what I consider to be 5 of the core elements :

How did you go with rating yourself out of 10 on the 5 elements? If you rated 8 or higher on each of the 5 elements, congratulations, you are an Emotionally Intelligent Leader – keep doing what you are doing and perhaps seek to fine-tune a few areas to really lock in your leadership! If you rated between 6 & 8 out of 10, you are well on your way, and with some focus and discipline, you can quickly become an Emotionally Intelligent Leader. If you rated 5 or below, all is not lost – the great thing is that you have identified some areas where you can focus on to build the emotional intelligence muscle. Identify 1-2 areas to work on and over the next 30 days, apply a fanatical focus to build that muscle. You will be amazed at what you can achieve in such a short period of time.

Focus on being an Emotionally Intelligent Leader. Whilst a high EQ does not 100% guarantee your success, it will enable you to lead your people in a more empowering way that will result in more positive outcomes for your people.

To your leadership success.

It Is Totally Up To You!!

Why Your ‘Why’ Is So Important

The Power of Servant Leadership

Birds Of A Feather Flock Together

So You Want To Be A Leader?

Are You Leading Or Are You Managing?

When Your Back Is Against The Wall

Why Humility Is An Endearing Leadership Quality

No images found!
Try some other hashtag or username